Assassination and the C-130

The new Iranian President Mahmoud Ahmadi-Nejad, whose Hojattieh beliefs put him among the lunatic fringe category of Islam was last Thursday reportedly the target of an assassination attempt in the south Eastern Province of Sistan/Baluchistan. (see my article on him and the Hojattieh at and some other of my writings on Iran),

The independent, warrior Baluchi tribes, Sunnis not Shia, who live on both sides of the border between Iran and Pakistani Baluchistan have always hated the Khomeini take over and frequently clash with the Revolutionary Guard paramilitary. Thus offering a nurturing launching point for any anti-Mullah operations either by US Special Forces or even the Mossad.

The failed attempt which killed one bodyguard and wounded another is already being touted as an Israeli operation in response to Ahmadi-Nejad's verbal attacks on Israel. Other sources believe it could have been the old guard Mullahs trying to obliterate their mistake in allowing this fanatical man from bringing the whole of the world down on Iranian heads.

Neither mainstream news media, nor cable news, have so far mentioned the event and information is still scant as to what he was doing there, whether he was in fact in the convoy when it was attacked. A search is being made for additional facts through contacts.

In the meantime, some claim the killing attempt was in retribution for his being the main cause of the deaths of some 119 people in the recent C-130 crash at Tehran's Mehrabad airport. Two experienced Iranian military pilots refused to take off in the aging cargo aircraft, which had failed to pass all mechanical and safety checks.

Eventually, senior military personnel prevailed on a junior airforce pilot to take off with the sixty-five or so journalists and some other passengers, twenty five of whom have still failed to be identified.

Shortly after take-off, the pilot ran into technical difficulties and sent out a Mayday but was told to stay aloft till permission was obtained for him to land at Mehrabad. Why? Because President Ahmadi-Nejad was departing Mehrabad in the brand new "holy" aircraft purchased by Supreme Leader Khamenei, to go to Saudi Arabia and airspace was closed till his flight left. Emergencies and the potential loss of life apparently carried no weight.

When the pilot requested permission to take the C-130, which lands easily on desert terrain south of the capital and land in the desert, he was ordered to stay in the vicinity of Mehrabad airport. Sources reveal that the powers that be at Mehrabad did not want a plane full of reporters to land safely in the middle of nowhere and to have to deal with the resultant media outbursts as to the poor quality control and servicing of military aircraft.

After more than 30-minutes of the crippled aircraft trying to stay up and Ahmadi-Nejad finally leaving the ground, the pilot was given permission to land. In his effort to avoid military housing complexes his course took him too close to a couple of ten story residential buildings and he clipped one with a wing, sending the aircraft plunging and killing those one board as well as people on the ground.

Here are some photos of the incident and the makeshift storage of victims bodies and slabs of ice brought in to keep them from rotting. 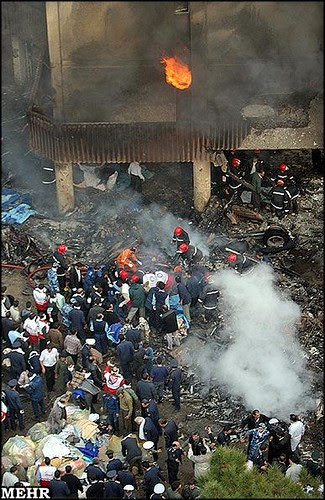 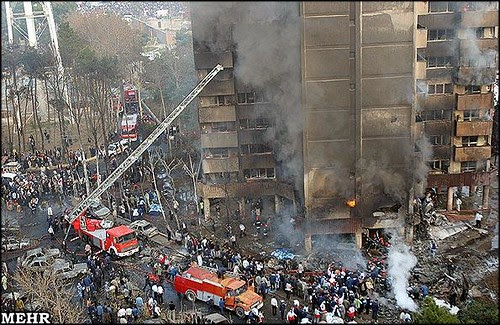 Victims piled into a room 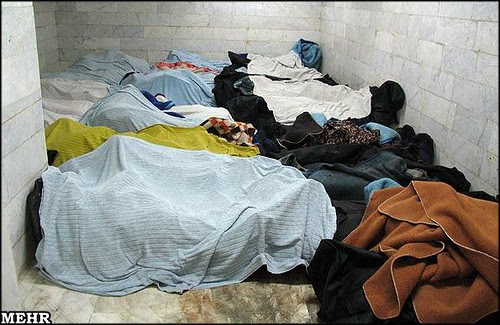 Ice slabs being brought in 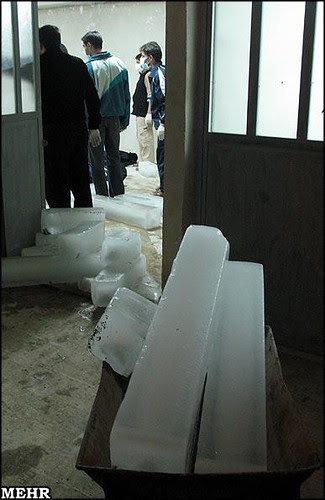 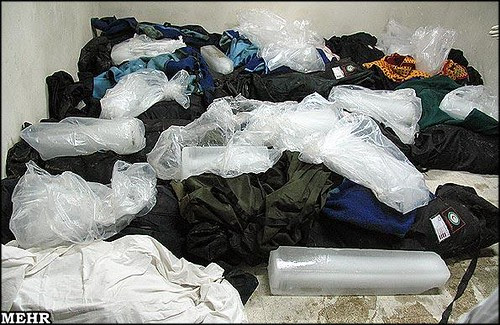 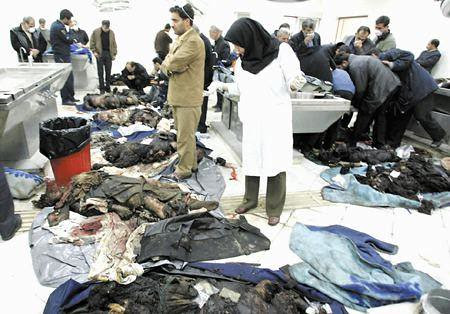 The Majliss (parliament) is currently meeting to impeach the Iranian Minister of Defense over the C-130 air crash.

Sources in Iran also indicate that efforts are under way to impeach the new President, Mahmoud Ahmadi-Nejad, but that a parallel effort has been working on sending him back to Allah and opinion has it, he will not complete his term in office.


The name “Alan Peters” is a nom de plume for a writer who was for many years involved in intelligence and security matters in Iran. He had significant access inside Iran at high levels during the rule of the Shah, until early 1979.